Like many Kiwi’s, we bought a “do-up” many years ago.  Along with a number of “character” features like holes in the roof, walls on a lean and a bathroom in the hallway there was the fact that the downpipes discharged directly into the combined stormwater and sewer system.  Well, some of them did, the rest just directed the rainwater onto the ground like a South Island waterfall.

Eventually a new roof, new spouting and new downpipes combined with a new stormwater connection to the public line in the berm meant that my rainwater was now no longer a nuisance to me nor contributing to the issue of stormwater infiltration of the public sewer and the subsequent overflows making the beaches un-swimmable.

When everything works on a house, you don’t fully appreciate the volume of rainwater collected from the roof. Years of staring at my rainwater waterfalls had me cobbling together a haphazard collection of barrels and buckets to collect this precious resource to use on our growing gardens.

Now that I have the roofing, spouting and downpipes sorted out, I did not want to lose the opportunity to use the rainwater.  The addition of the SlimJim™ tank is a first step to collecting and reusing the rainwater, and I’m looking at the space under the veranda to see if a FatSam™ will fit in there. 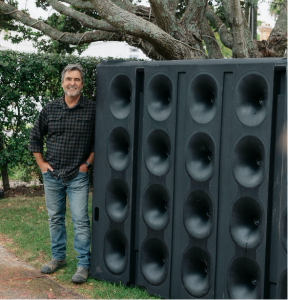 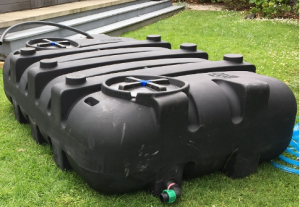